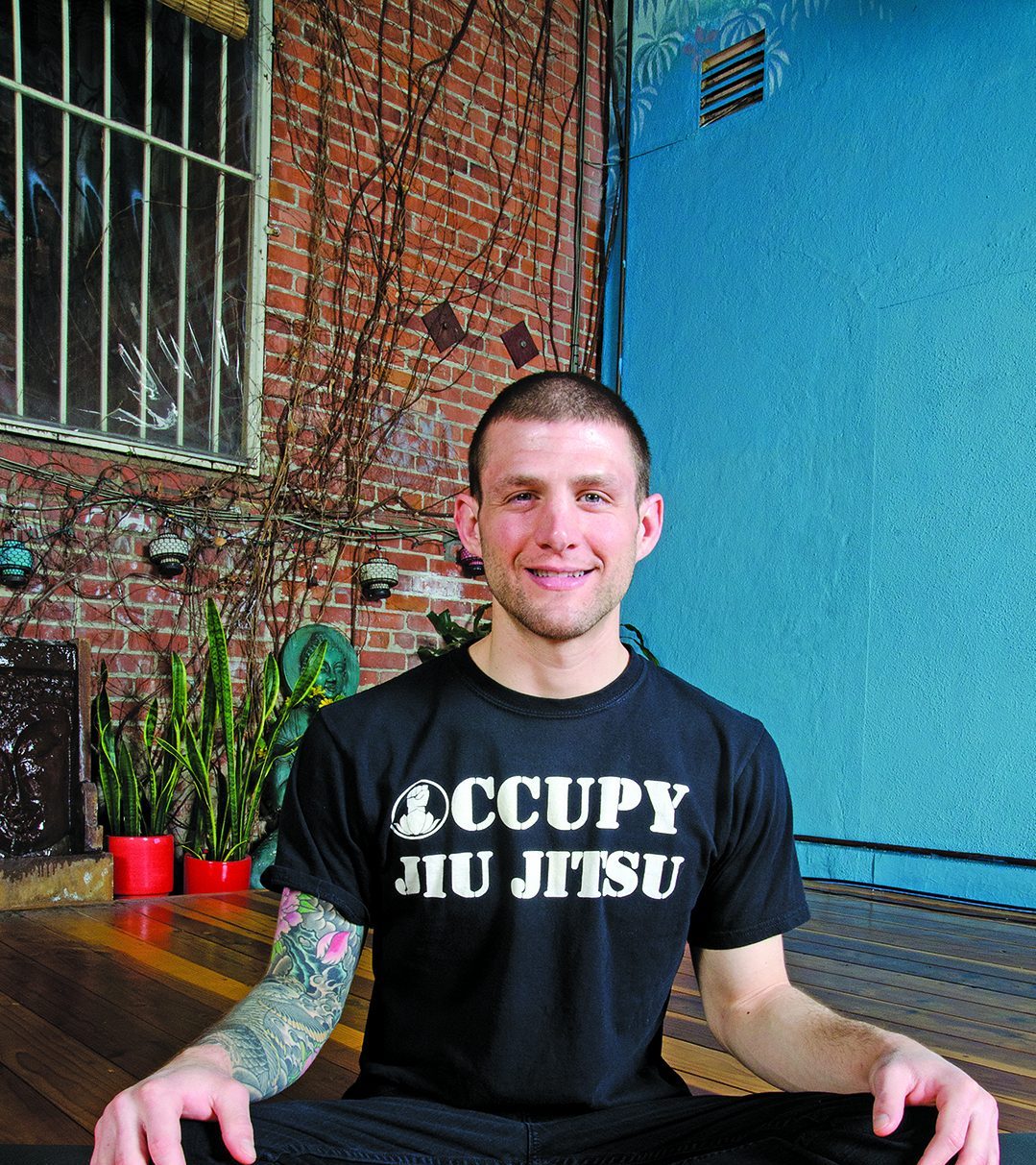 Anyone who’s seen clips of the movie Choke will remember that famous scene at the beach in Santa Monica with Rickson Gracie performing yoga-like poses and intense breathing. There’s been a natural bond between Jiu-Jitsu and Yoga that’s been recognized for years. Jason Rebel began practicing Yoga in New York in 2000 and started training Jiu-Jitsu three years later. Over the years he’s been a student of Rickson and Renzo Gracie’s. In 2006, after seeing a video of Eddie Bravo, he decided he wanted to train with Eddie and moved out to Los Angeles the next year. Five years later, Jason is a brown belt under Eddie. With his background in Yoga, Jason immediately saw the connection between Yoga and “The Gentle Art”. At first, his thoughts focused on the ability to increase flexibility, strength, and overall conditioning. That focus has morphed over the years into what Jason calls “Rebel Yoga,” a system designed for Jiu-Jitsu and other combative fighters. Rebel Yoga is mostly restorative, meaning the objective isn’t quite flexibility, strength, and conditioning, however, those are still the benefits. Instead, the focus is on being able to reduce recovery time between training so you can stay healthy, healed up, and on the mats more often.

In this article Jason goes over five poses that anyone can do to help restore their bodies between training sessions, as well as some breathing exercises that can be used any time to help calm, relax, and refocus your energies.

Restorative Yoga poses are deep, relaxing poses that are often supported, sometimes with props you can find at any Yoga school. The focus is on relaxing the body in restful postures to promote blood flow and trigger points in your nervous system that help hasten the body’s natural ability to recover from stress and other muscular demands. It’s ideal to help aid in recovery in between Jiu-Jitsu training. You’ll notice a common focus of many of these poses is on the knees and hips. These are two areas of your body that get very little blood flow, but these restorative poses will help you increase the blood flow to these critical points. Take 10 minutes out of your day to perform at least two of these poses daily to help keep you healthy and rolling often.

Neither the blocks nor the bolster is needed for this pose, you can perform without either. The blocks help people who have tightness in their hips and will allow them to hold the pose longer. This pose helps get the blood flowing to the hips and knees. Once in position, hold the pose as long as you can and aim for 5 to 10 minutes for maximum effect.

Jiu-Jitsu Academies Are Temporarily Closed During The Coronavirus Pandemic