Even the most enthusiastic fan of Jiu-Jitsu sometimes will find a match boring. The reason is the lack of action. Even worse, many times, it is purposeful. Athletes use of “comfortable” position to tie the duels and prevent your opponents pontuem. For the double world champion André Galvão , this requires a change in the rules.

Galvao in an interview with Tatame talked about about how Jiu-Jitsu needs to change rules ASAP:

“The rule often favors the guy who does not want to fight. It favors the staller. With these rules, Jiu-Jitsu will never be on television, and that’s the only way to make the sport go to the next level. It’s the only way we, athletes, can be well paid fighting, competing. If you do not change the rule, Jiu-Jitsu will be only in that little world, inside a bubble: youtube live stream and online, ”

“Sometimes you eat a full bag of popcorn and the fight is not over. It stays the same and does not change. It is very annoying. But athletes are not wrong. They want to win the medal and, if the rule allows them to fight like this and come out as winners, champions, why not use the rule? Every sport is like this.” 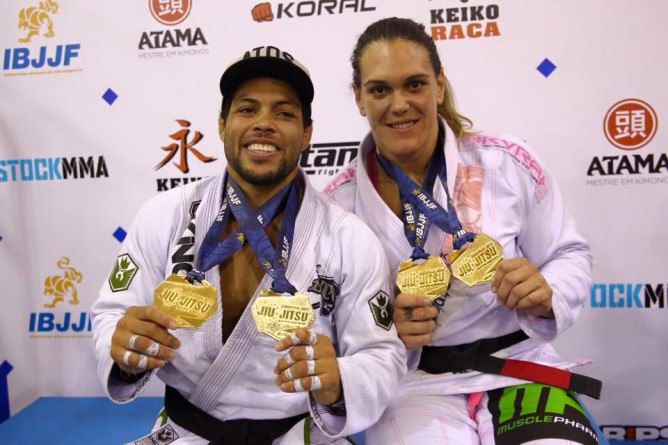 The leader of Atos Jiu-Jitsu, who has an ADCC title in his curriculum, also took the opportunity to advise the practitioners of the sport who do not agree with the way the current Jiu-Jitsu has been conducted:

“I think the rule limits the action. There are stallers who are champions and there are champions that attack. The only way to change that is to change the rule. If you do not like today’s rule, if you think it is boring and do not like, train Jiu-Jitsu and avoid watching or fighting in any competition. Or do something to lift our sport and put it on television. Because the way the rule is, it will stay inside the bubble and even athletes will never be well paid. I compete because I love Jiu-Jitsu, but would do anything to change the rules of the sport, would do anything to have more action, “