Demian Maia remembers his epic victory in 2005, as he overcame one of the all time greatest fighters in Jiu-Jitsu and snatched the gold in the World Brazilian Jiu-Jitsu Olympic championship (CBJJO) at the Ibirapuera Gymnasium in São Paulo.

“I remember that I had good fights to reach the final. I fought in the morning and would only face Jacare in the late afternoon. I went home, slept, ate and went back to the gym. Everyone thought he was going to be the champion, and I ended up getting on the mat without knowing what exactly to do. I knew that Ronaldo was good everywhere; Rodrigo Comprido had told me that he was better on top and that he could be swept; everyone knew he had great throws. This really was difficult for me. What was I going to explore in his game? I just entered without a clear strategy, ” 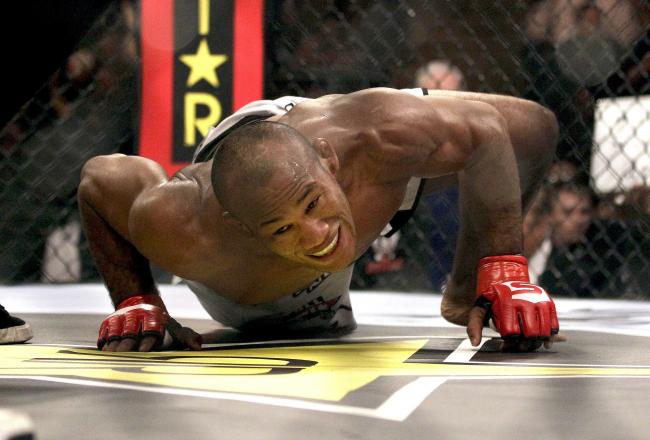 “Man, I remember everything! I remember that as we exchanged grips, I just pulled him to the guard, and it was kind of a reaction of my own. At one point, he turned his back, and took it. Jacare was trying to shale me off, I was upside down, but did not let go. I fell and could not put the hook, then he got out, and started all over again. I did the same position, and he gave me a good throw, but I thought it was dropped out of the fight area, however, the judge gave the points. It was 2-2, but I was leading by an advantage. From there, I could go to the back again and got another advantage. Jacare then somersaulted out of the area, and the fight resumed standing. I remember that I had to keep very focused because Ronaldo is very explosive and could score at any time. But, thank God, I managed to hold him and celebrated a lot in the end, ”